One of the most life-empowering principles in my book In Sheep’s Clothing is that when people replace a key legacy of traditional psychology – that everyone is almost always struggling with fears or insecurities – with a mindset that life is far more about people who manoeuvre and angle for things they want, and when they realise that there’s a class of people who will advance their own agendas with almost complete disregard for the needs of others, then they can avoid being taken advantage of in the future.

This article explains how covertly aggressive people deceive and manipulate others – and why empathic people are the most common target. Becoming more familiar with these tactics helps you to recognise manipulative behaviour at the time it occurs, instead of when it is too late, and makes it easier to avoid being victimised or being unwittingly persuaded to victimise others.

The information is especially important in a field where it can evoke childhood traumas and/or trigger relapse back into addictive behaviours, and can divisively separate colleagues (see also The Empathy Trap by Tim and Jane McGregor).

Covert and passive aggression are not the same thing. The latter is, as its name implies, passive such as giving someone the ‘silent treatment’ and implying unspoken objections. Covert aggression is active. Covert aggressors use underhanded means to get what they want – including money, and commercial edge – while keeping their aggressive intentions under cover. Some ruthless personalities can project a convincing, superficial charm. They can look good while acting badly.

The process of victimisation.

For a long time, I wondered why manipulation victims have a hard time seeing what goes on. At first, I was tempted to fault them. But I’ve learned that they get hoodwinked for good reasons, as below. Therapists should keep in mind that clients with neurosis are very different from people with character disorders.
1 The manipulator’s aggression is not obvious. We can’t point to clear, objective evidence, so we can’t readily validate our gut-level feelings.
2 Powerful deception techniques are hard to recognise as clever ploys. They can make it seem they are hurting, caring, defending or almost anything but fighting for advantage over us.
3 All of us have insecurities that a clever manipulator might exploit. Manipulators often know us better than we know ourselves. They know what buttons to push, when and how hard.
4 What our intuition tells us about a manipulator challenges what we have been taught about human nature. We’ve been inundated with a psychology that has us viewing people with problems as afraid, insecure or ‘hung up’. And most of us hate to think of ourselves as callous or insensitive. We hesitate to make harsh or negative judgments about others. We want to give them the benefit of the doubt.

Mental-health professionals and lay persons alike often fail to recognise aggressive agendas and actions of others for what they really are. We strive to understand them as opposed to taking care of ourselves. Therapists whose training or experience overly indoctrinated them in the theory of neurosis can thus ‘frame’ situations incorrectly. Let’s clarify some of that.

As you can see from the above, disturbed characters are very different from neurotic ones. In particular, they don’t think the way most of us do: their thinking is shameless and guiltless. They study the vulnerabilities of their prey carefully and can carry out heinous acts with no remorse.

Covert aggressives are mostly distinguished by the way that they fight: in subtle, cunning and underhanded ways. They can be charming and disarming. Their dislike of appearing overtly aggressive is practical and face saving. They can be deceptively civil, charming and seductive. They know what to say and do to get you to abandon any intuitive mistrust and give them what they want. “Maybe they just can’t help it” or “They must do these things unconsciously,” people tell me. That’s not my experience.

The central tenets of traditional recovery models designed to treat chemical addiction are
detrimental when applied to chemically-abusing people who are also covert-aggressives.
These models often prompt us to view an abusive and emotionally independent person as a victim and dependent. It’s my experience, and that of other professionals, that people with aggressive personality disorders do poorly in treatments that view them as dependent. Programmes based on the 12 steps are anathema to aggressive personalities – but they can give the opposite impression and harvest targets at 12 step meetings and among 12 step workers. Conversely, partners of covert aggressives can do
well in Al-Anon, Coda and codependency groups.

Identify the tactics of manipulation and control.

Seduction – covert-aggressive personalities are adept in charming, praising, flattering or overtly supporting others in order to get them to lower their defences and surrender their trust and loyalty. They are aware that people want approval, reassurance and a sense of being valued. Appearing to be attentive to these needs can be a manipulator’s ticket to power.

Gaslighting – All the manipulator’s tactics can create so much doubt in our minds that we no longer trust our judgment and buy into the assertions of the manipulator.

Minimisation – The aggressor asserts that their behaviour isn’t as harmful or irresponsible as someone might be claiming. It’s in sharp contrast to neurotics who can make a mountain out of a molehill, or ‘catastrophise’.

Lying – it’s hard to tell when a person is lying at the time they’re doing it. And manipulators have refined lying into an art form. Lying by omission and lying by distortion are two subtle patterns. Protect yourself by checking facts with others. We don’t do that often enough.

This article presents some of the main tactics that covert-aggressives use to manipulate others but they are not always easy to recognise: they are used slickly, subtly and adeptly.

To guard against victimisation, you must:

Regarding the third point above, therapists usually have high self awareness but when it comes to manipulators there are key things to look out for…

One is naïveté. You might find it too hard to accept the notion that there really are people as cunning, devious and ruthless as the manipulator – or that the person charming you is like that. If so, even when you’re confronted with abundant evidence that you’re dealing with a ruthless conniver, you might refuse to believe it.

Are you harder on yourself than anyone else? If so, you might give a would-be manipulator the benefit of the doubt.

Do you have low self-confidence? If so, you might not challenge the manipulator.

Do you over-intellectualise? If so, you might try too hard to understand. You’ll likely have trouble accepting the simply philosophy that there are people in this world who are under-handed solely to get what they want.

Are you emotionally dependent? If so, you might be attracted to a more confident-appearing, independent (hiddenly) aggressive personality. 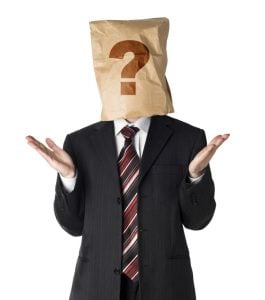 The drive for power, self-advancement and dominance is in all of us to a greater or lesser degree. Sadly, there are growing numbers of character-disordered people trying to achieve these ends without doing the hard work necessary to secure them in a socially responsible and productive manner.

A disturbing trend has been emerging over the past decades. The social burden which functioning neurotics carry to make society work has increased dramatically, which the burden on character-disordered people – who tend to shirk social responsibilities anyway – has fallen dramatically.

We must know ourselves as well as others.